Yesterday, we loaded barley into bags to sell to a local farmer.  We worked hard to load because the truck bed the barley was housed on failed to lift.  So, the Toms family, Bryan, Sandy, Seth and Brynna pitched in and filled some bags while Isaac and Yost Speicher worked on the truck to get it to lift.  Brynna has helped her mother measure flour in smaller units but has never used a bushel measure before.  We appreciated their help and the truck problem did not defeat our team it just gave us a late night. 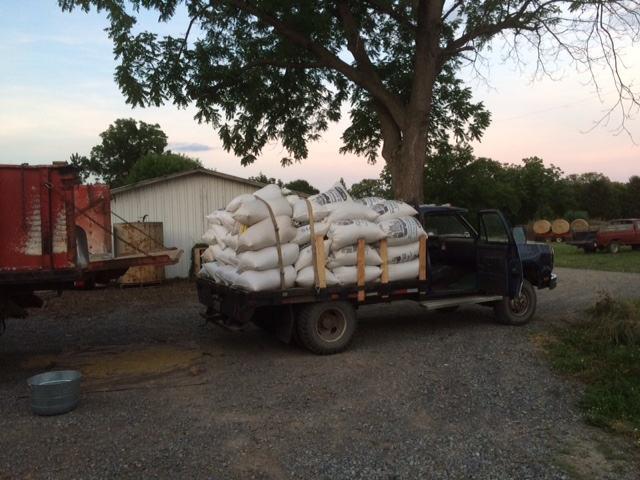 130 bushels of barley ready for delivery.  See the bushel measure in the foreground.