The month of September began with one of the slowest Labor Day weekends in years but the intensity gradually increased to rocket propulsion.  Despite the drought, the tomato harvest kept us busy canning whole tomatoes, tomato sauce, salsa, and spaghetti sauce.

Ashley was interested entering a race.  A friend mentioned a 1/2 marathon to be held nearby on September 10th. She knew the schedule would be tight.  The race was held at 7:30 am 45 minutes from the farm and our annual family reunion was scheduled for 12 noon.  The family reunion is held on the farm so we prepared food the days before so that Ashley could run and still contribute to the family feast. 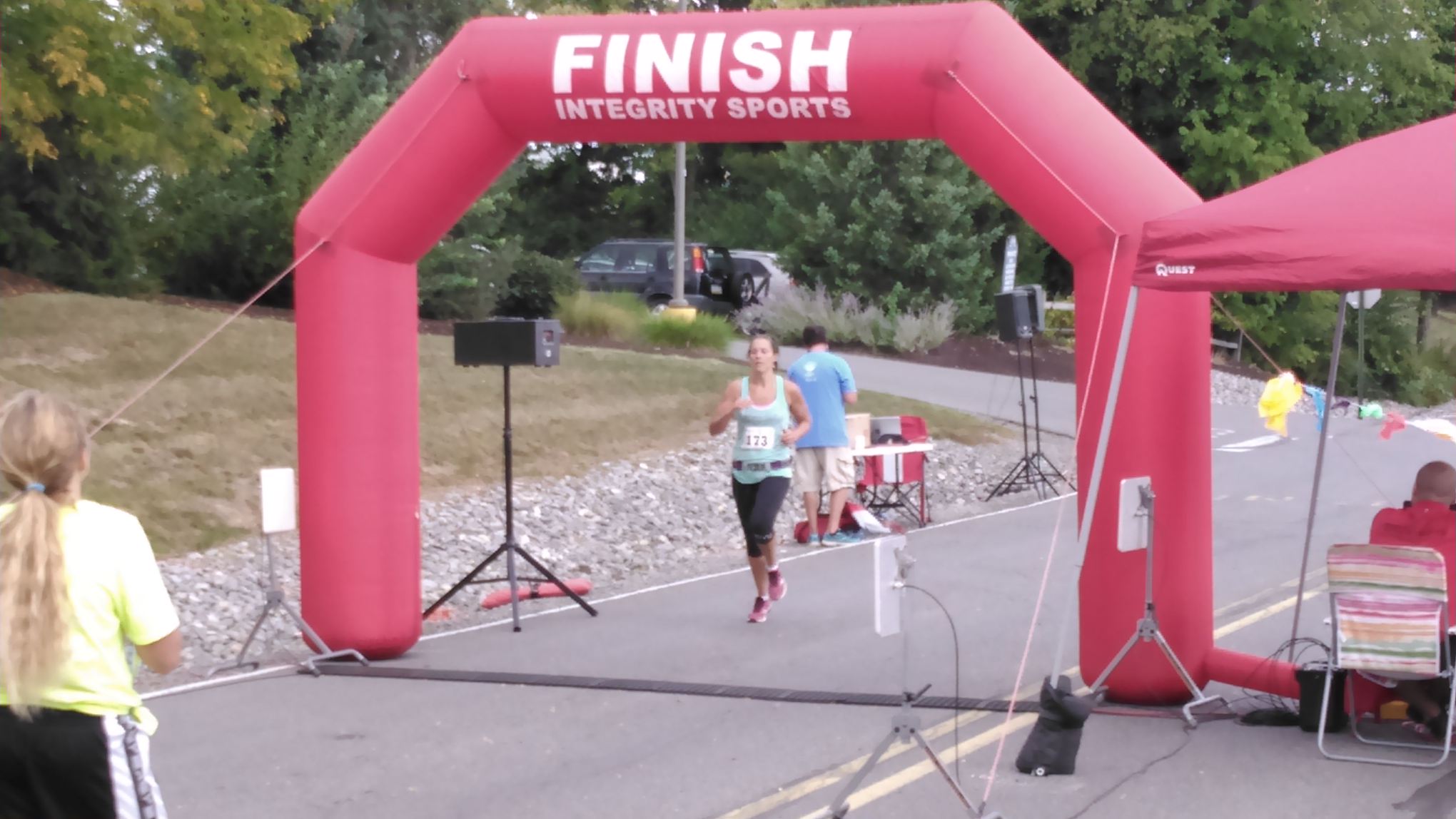 Ashley completing her first race and finishing second in her age category.

The race day-reunion day was also the day we welcomed the inaugural juncture workshop. We served the participants a turkey dinner at 6:30 pm September 10. Twelve women and two men  some from Pennsylvania, many different states, and Amsterdam  converged to learn and grow under the fine tutelage of Beth Kephart, author, teacher, mentor, and workshop creator, presenter and organizer along with Bill Sulit, organizer and photographer.  Just before their arrival, the farm ran out of water due to the drought.  Isaac and I worked on the water system and were able to maintain water flow and recharge the reservoir.  Despite combined efforts the reservoir level kept dropping during their stay but we had enough to get through the week.  All left inspired. If you would like to participate in a writing workshop, check out junctureworkshops.com 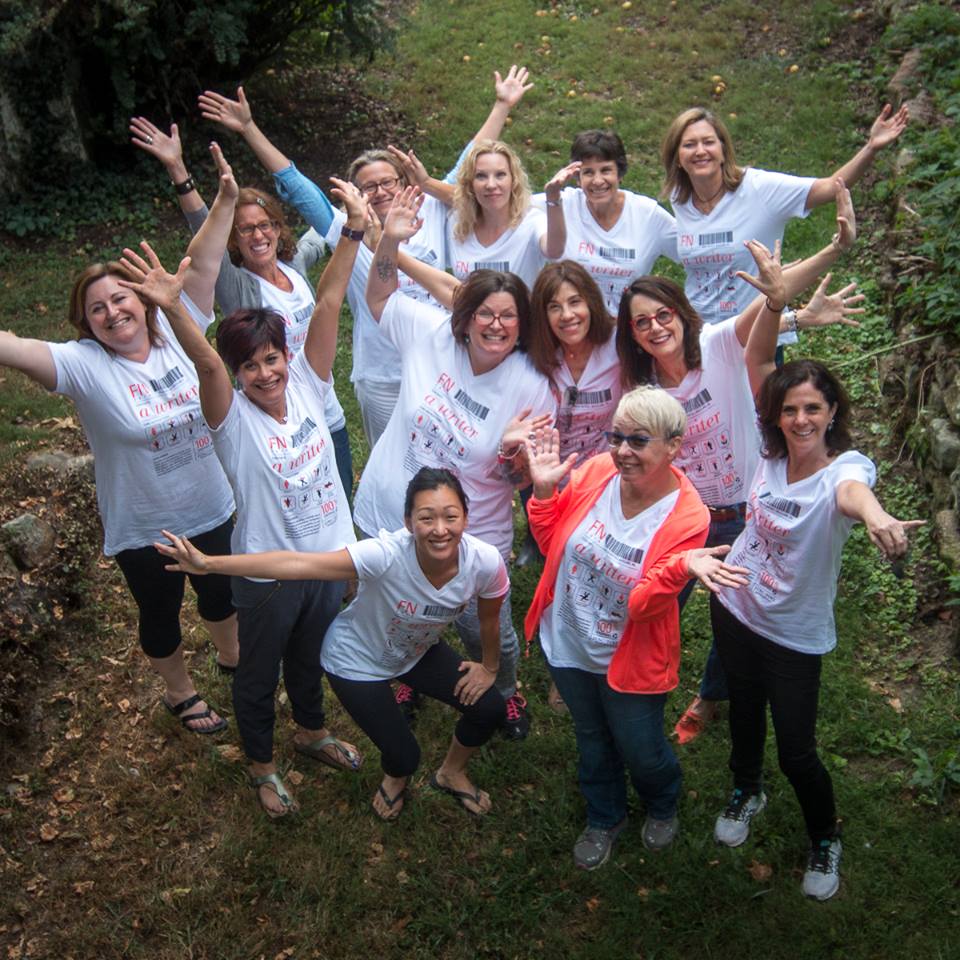 Juncture participants plus Beth and Sally on the last day.

The Hillel students from various colleges in central Pennsylvania converged after the workshop and once again the water held. The weekend ended and it was “off to the fair” September 18-24.

The annual Beaver Community Fair is a highlight of the year and the entire Hassinger family is involved in one way or another.  Ashley is secretary of the fair and is rarely seen those days.  Isaac too is involved and absent.  During this time Ken’s mother, Grace Hassinger, was admitted to the hospital so we were busy visiting her and participating in the fair.  Finally, the fair ended and Grace came to stay on the farm with us after her hospital stay.  During that time the rain came and refreshed the plants, and replenished the water supply enough that it no longer required three times a day monitoring.

Isaac began a fencing project which will total about 5 miles of fence when complete.  It will be a relief to not think so much about cattle getting onto the road when the electric fence fails. 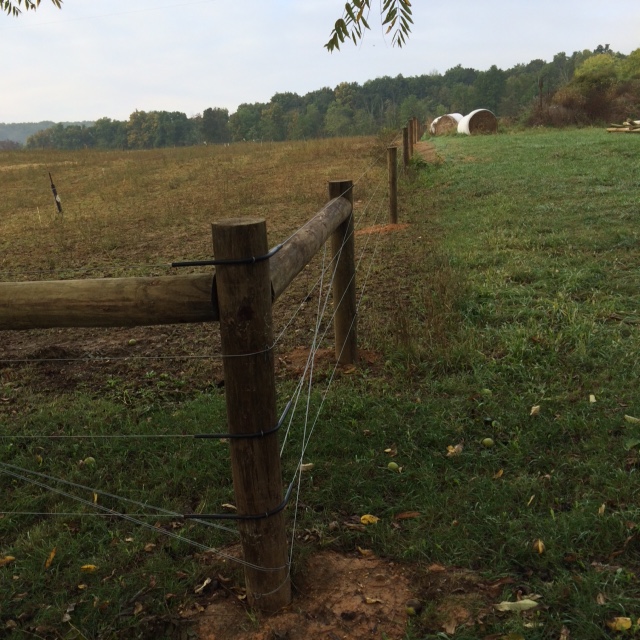 The post that took our phones out of service.

But during the process of fence making the One Call system failed.  Several times posts driven into the ground perforated our underground phone cable. The phone company gave us a temporary fix and the cable runs along our tree lined lane from one end to the other and crosses overhead wound through trees to keep it above trucks, tractors and other farm equipment. 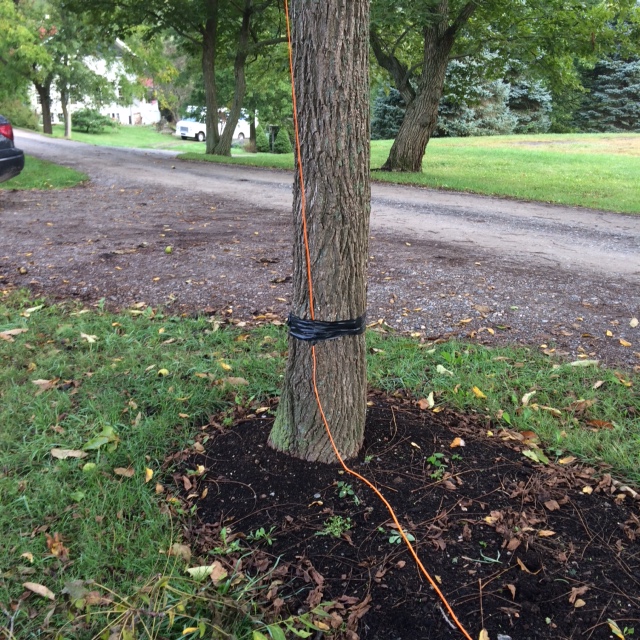 Phone cable going up the tree to cross over the steer shed road. 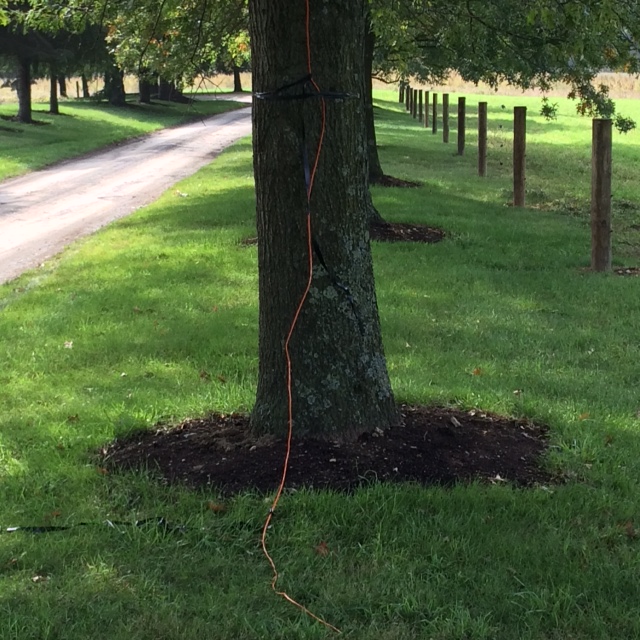 Ken’s mother Grace took a turn for the worse and we had to send her back to the hospital.  Currently she is doing well and looks forward to coming home in a day or so.  The fence is still not complete but that should be done in a few days.  There is always change taking place at Mountain Dale but the month of September was fast paced, excitement filled, soul enriching as God so graciously sustained us and especially provided the water we need. 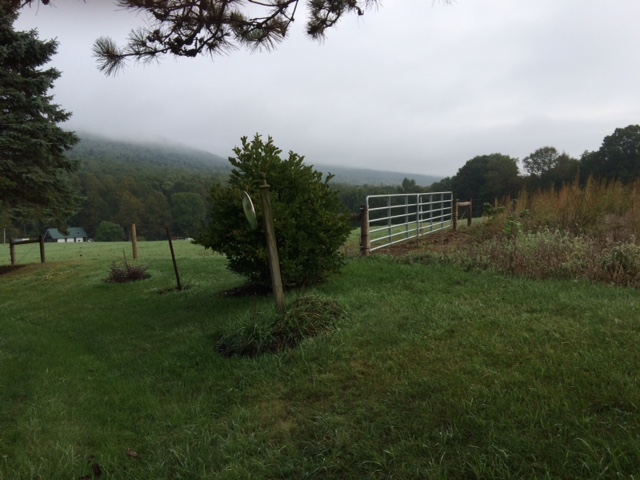 New fencing and gate at the last turn in the lane coming into the farm.

So far the month of October has been quieter.

Like to square dance?  Check back soon the annual square dance is coming the end of the month. Details to follow another day.