The last of the 8 puppies that survived Roxie’s 10 pup litter was purchased on August 13, 2017. However, the new owner requested the puppy, named Rylee, remain at the farm until September 9. They planned to pick her up after their trip to Disney World. We thought it was a good fit as our guests could enjoy her over Labor Day weekend.  However, a few days later, we received an email from the buyer stating,  “Having some things going on and it’s just not going to be the right time to bring a dog into the house. You can keep the money I gave you for her and use it for her. She’s a sweetie and I wish it could have worked out. ”  Well… since the puppy was paid for,  Isaac decided to donate her to a family who had purchased a puppy earlier but, through an unfortunate accident, the puppy was killed.  The new family  was not able to pick her up until September 5  so it gave the Labor Day Weekend guests a chance to meet her until she found a “forever home”.  As you can see, it did not take Rylee long to make up to her new family. Matt Ulmer, the father, was the only one able to make the trip to pick her up.  The Ulmers are a dairy farming family.  So there will be cattle to herd, children to love and protect, and fields to explore. May she have a long and pleasant life. The Ulmer family is grateful to Kyri Menacker who made it all possible. 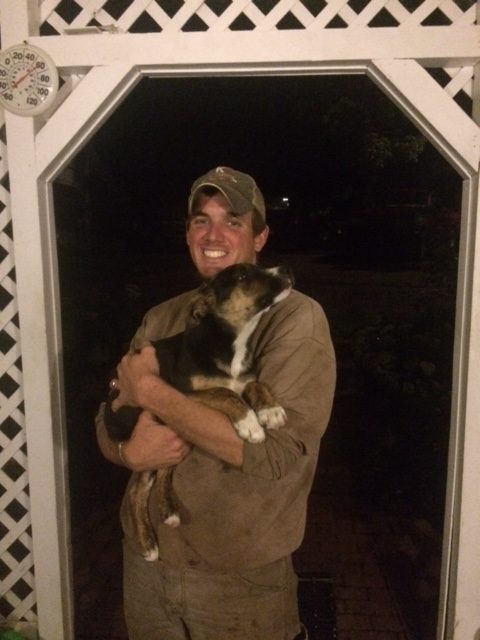 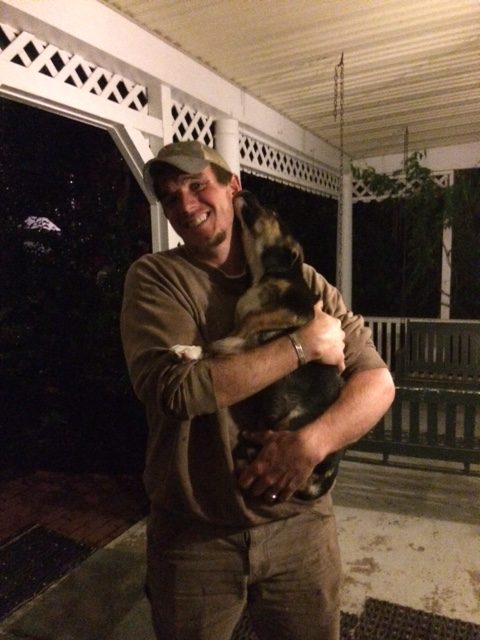