During the evening feeding, one of the young ducklings that we are keeping in a pen because they lost their mother, was found with its tongue entangled in a frayed fiber from the curtain that separates their enclosed box from the enclosed “porch” part of their pen.  This is the first time we encountered this problem. But fortunately, there was a nurse in the barnyard and the trauma team went into action under nurse Tara’s direction. 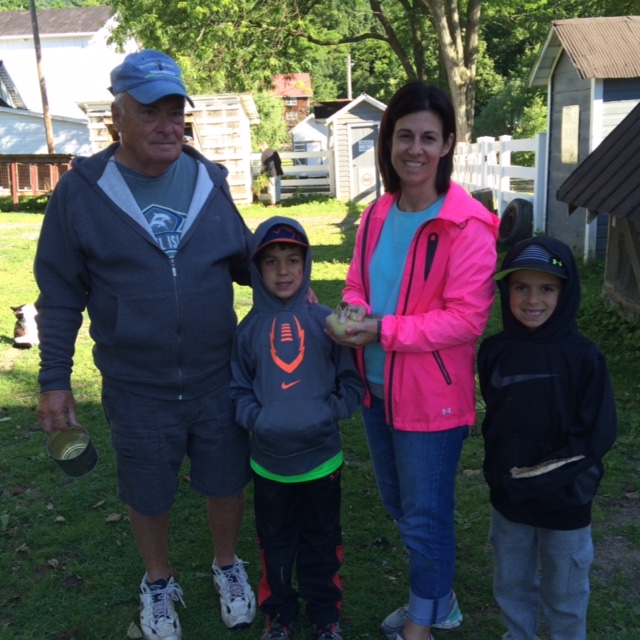 The ducklings tongue was so entangled that the front half of the tongue was black, swollen and dry.  Sally held the duck on it’s side with the bill open while nurse Tara tried to used a dull pocket knife to cut the string, Bob Spellman was sent for the trauma shears that Tara keeps in her vehicle, while the boys went to the house to summon Levi to bring a sharp knife.  The team succeeded.  Levi worked to cut the string while Tara held it away from the duck’s tongue and they  accomplished the task before the trauma shears arrived.  Kudos to the team for quick work. 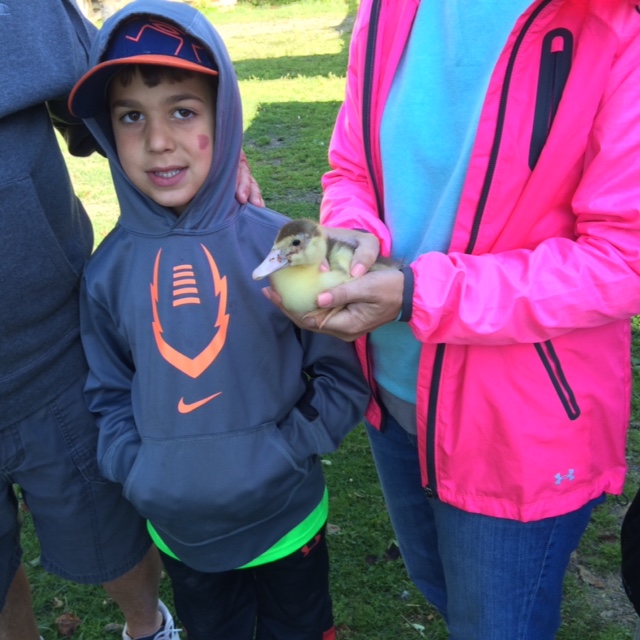 The Calm after the Trauma

Till the next morning the tongue was returned to normal and a week later the duckling is growing and happy.